On any given night, 882 unaccompanied (single) women are experiencing homelessness in the District of Columbia. Think about it: in DC nearly 900 women will be alone, homeless, and often hopeless tonight while we sleep in our warm, cozy beds in our homes.

END_OF_DOCUMENT_TOKEN_TO_BE_REPLACED

NEW Executive Director Wanda Steptoe joined Kris Thompson, executive director of Calvary Women’s Services, on Friday, June 9th, to host a meeting of the Interagency Council on Homelessness (ICH)* Women’s Task Force. About 40 people representing over 25 agencies participated in the meeting, committing themselves to improving the lives of homeless women in our community. Together Wanda and Kris co-chair the Women’s Task Force, which was created to address the experiences and needs of homeless women in Washington, DC.  END_OF_DOCUMENT_TOKEN_TO_BE_REPLACED

After a careful vetting process, the Catalogue for Philanthropy: Greater Washington has selected New Endeavors by Women (NEW) to be part of the Class of 2017-18. NEW has undergone an extensive review process, and has met the Catalogue’s high standards. Potential donors can be confident that the nonprofits in the Catalogue are worthy of their support.

“We’re thrilled to be a part of the Catalogue for Philanthropy,” says Wanda Steptoe, NEW’s executive director. “Our work with homeless women and children is critical to meet the need in DC — our presence in the Catalogue will help us gain more support for those we serve.” END_OF_DOCUMENT_TOKEN_TO_BE_REPLACED

Recently, NEW Alum and Board Member Petrina Williams graduated with a master’s degree in Social Work from The Catholic University of America. Her inspiring story from homelessness to graduate school was featured by Meagan Fitzgerald of NBC4 Washington.  END_OF_DOCUMENT_TOKEN_TO_BE_REPLACED

Leslie Gutierrez answers the phone politely, but you can tell she really doesn’t have time. She’s the oldest of four, and a student of Duke Ellington School of the Arts in DC, and in charge on the afternoon she speaks with us. The conversation is, by turns, illuminating and funny.

Leslie is 15. Her siblings are Randolfo Campos, 12, Elias Campos 11, and one voluble Kassandra Campos, 8. Their mother, Geisy Ceberino was a NEW client who benefitted from New Endeavors by Women’s (NEW) New Horizons program. She couldn’t really take the time to talk because she is employed as a home health aide worker. It falls to Leslie to fill in why NEW, and the YEP! program (Youth Enrichment Program) in particular, has made a difference for the whole family. END_OF_DOCUMENT_TOKEN_TO_BE_REPLACED

Right now, our staff and residents are doing what you probably are too — gearing up for Thanksgiving. 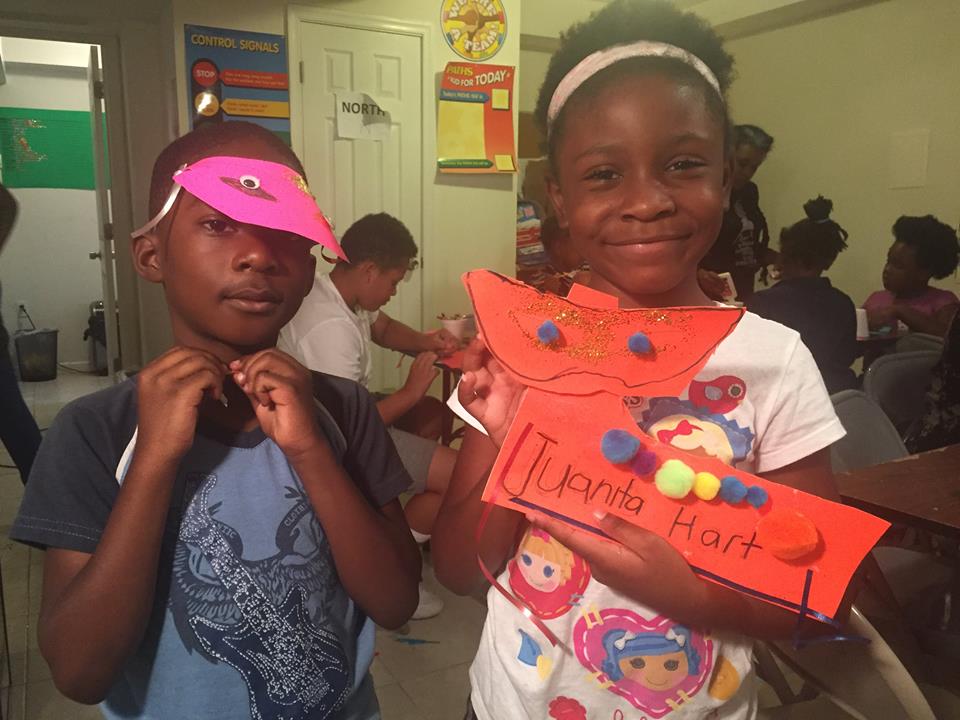 Some of those residents are kids — infants, toddlers, and teens. And I cannot tell you what joy they bring to the room! Which it is why it pains me to tell you that we have lost funding for the Youth Enrichment Program, YEP!, the one NEW program designed to provide academic support and life skills to our youth residents. END_OF_DOCUMENT_TOKEN_TO_BE_REPLACED

The Bank of America Charitable Foundation recently awarded us a $15,000 grant. We’re excited about this new partnership with Bank of America, which understands the power of making connections in the communities in which they live and work.

Every penny counts as we seek to meet the women — and their families — who come to us, where they are, and as they need, in their path from homelessness to shelter and new beginnings.

END_OF_DOCUMENT_TOKEN_TO_BE_REPLACED

Former NEW executive director, Mary Popit doesn’t mince words about the woman who will be honored with the award that bears her name. “Without Anne, NEW could have fallen apart.” She’s speaking, of course, about Anne Raffaelli, a longtime supporter and former board chair of NEW. She stepped down in December 2015 after more than 23 years of service, and is this year’s recipient of the Mary Popit Partner in Caring Award.

Mary says Anne brought a “stick-to-it-iveness” to NEW that has sustained the organization. “You have to have a good staff AND a good board that offers oversight, and makes sure you see the bigger picture. You can’t have one without the other. Anne was instrumental in making sure that happened.” Wanda Steptoe, NEW’s current executive director – who took over from Mary describes Anne more succinctly: “Committed, passionate, caring.”

Anne says she was simply doing her job as a board member, being an “asker in chief,” and asking the questions that needed to be asked. “Because it’s what a board should do.” END_OF_DOCUMENT_TOKEN_TO_BE_REPLACED

Mrs. Tara McLain, our 2011 New Light Alumna Honoree, passed away on July 12, 2016. Tara leaves behind six children. She was truly a “new light” example for other NEW clients, taking on challenges and continuing to set and meet even higher goals in her journey out of homelessness. We will miss Tara. END_OF_DOCUMENT_TOKEN_TO_BE_REPLACED

Our executive director, Wanda Steptoe said something moving last month when the first shoots of determined green emerged in the first flush of spring. “Like the tulips,” she said, “the women of are always pushing forward insistently, bent on showing their beauty and thriving in the world around us.” END_OF_DOCUMENT_TOKEN_TO_BE_REPLACED

It’s been a challenging time for all of us as we adjust our days, our budgets and our expectations to COVID-19. And now, add a city and country grasping for footing after the death of an unarmed black man by a white police officer and we all feel even more out of control, unstable, and concerned about the future. Here at NEW we know that one way we can process our own feelings is to think about the needs and feelings of others.

We need you. The women need you. Your community needs you. Now more than ever women and children in DC need a safe and stable place to live.